The tendency to move away from the analysis of particles down to 5 μm is another development which was included in the revised VDA-19.1 standard. For many practical damage scenarios, particles between 5 and 50 μm are irrelevant. Furthermore, the analysis of such small particles even represents a hindrance, as it increases the complexity of both the necessary measuring devices as well as the analysis.

The VDA working group has thus taken the logical step and standardized particle analysis for technical cleanliness for particles larger than 50 microns. Smaller particles are only relevant in special cases (see advanced analysis).

The Particle Scanner represents a simple and cost-effective device class for particle analysis according to VDA-19.1 (see figure). 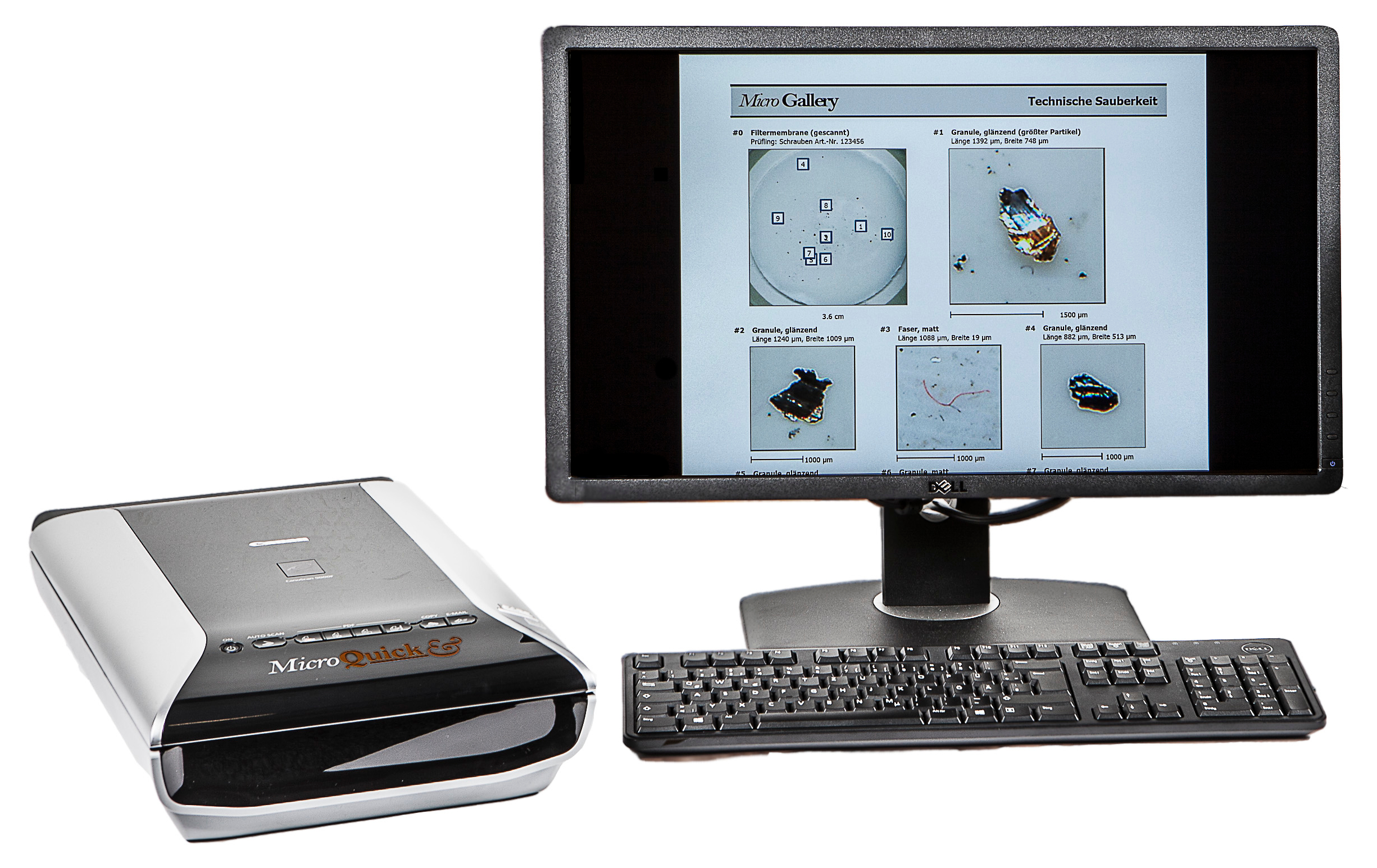 MicroQuick Particle Scanner for standard analysis according to VDA-19.1

All cookies that are necessary for the embedding of external content and media and that are used specifically to collect personal data via embedded content are termed as non-necessary cookies. It is mandatory to procure user consent prior to running these cookies.